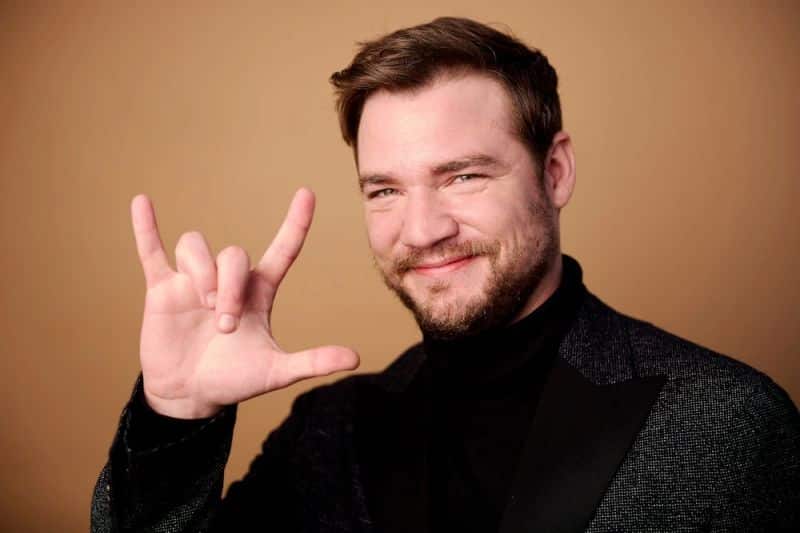 Daniel Durant, a Deaf Actor Performing on “Dancing With the Stars” Season 31. After winning the Oscar for Best Picture in 2022 with his highly acclaimed picture, Daniel’s year has continued to be one of the most eventful of all time.  On the 19th of September, the launch of Dancing With the Stars season 31 will include Daniel Durant’s first-ever ballroom dance performance. The next season of the competition, which will be shown on Disney+, has the 32-year-old as one of the celebrity contestants. The decision to have Daniel compete on DWTS makes him only the show’s second deaf contestant in its entire history. Find out more information about this up-and-coming star.

“I’m fully deaf. I can’t hear anything at all but I love feeling the vibration through my body,” he explained on the Kelly Clarkson Show, while promoting CODA. Using American Sign Language, he said he learned to listen to music as a child on long car rides traveling for his soccer games. “Sometimes I’d ask my mom, ‘Can you turn it up so I can feel the bass?’ And my mom was like, ‘Yeah,’ but we struggled to hear it. So my mom went ahead and bought a new sound system, and I loved it. You could feel the bass. It was so strong. The windows were shaking. It felt so good.”

On one occasion, he waited in the car while his mother went shopping. He turned on the new sound system and got up to dance while seated. “I was smitten. The car shook, and I could feel it. I was enjoying myself so much “said he. A passing stranger rolled down his window to observe him.

Daniel grew up in Minnesota. According to his official biography, Daniel was born in Detroit, Michigan, even though he spent the majority of his childhood in Duluth, Minnesota. He was born on December 24, 1989, in Detroit, Michigan. He has been deaf since he was a baby. His parents also had trouble hearing and were addicted to drugs. Daniel was taken in by his dad’s aunt Lori Durant and then by Lori’s wife, Mary Engels, when he was very young. The “Dancing with the Stars” star grew up in Duluth, Minnesota, and went to regular schools when she was younger.

Beginning in the eighth grade, he received his education at the Minnesota State School for the Deaf. After graduating high school, he attended the Rochester Institute of Technology (RIT) in New York and Gallaudet University in Washington, D.C. He makes his home in Los Angeles at the moment. Durant is a champion for the deaf community and has been encouraged by his colleagues’ supportive comments.

Daniel first gained notoriety for his role in CODA. Marlee Matlin, a former cast member of Dancing With the Stars, co-starred with Daniel in the Apple TV+ original movie as Leo Rossi. At the Academy Awards in 2022, this movie took home the statues for Best Picture, Best Adapted Screenplay, and Best Supporting Actor.  Britt Stewart will be Daniel’s partner this round. During the 31st season, Daniel and Britt Stewart will dance together. Their team is called “Team Sign to Shine,” after their team name. Before joining Johnny Weir and Martin Kove, Britt danced with both of them. In addition to that, Daniel is an actor on the stage. In the year 2021, Daniel made his debut on stage in a performance of Cyrano. He gained widespread recognition for his portrayal of Moritz Stiefel in the Spring Awakening revival that took place on Broadway in 2015.

As of this writing, Daniel doesn’t seem to be dating anyone and seems to be focusing on his career in the entertainment world. The actor has kept his personal life pretty quiet, and he hasn’t said much about who he dates or how often. Fans of the Minnesota-born actor can’t wait to see more of him in new projects. We hope for the best for him and wish him a bright future.

On September 19, thousands of people gathered in London's streets to pay their respects to Queen Elizabeth II. Numerous well-known people could be seen...
Monster: The Jeffrey Dahmer Story

The upcoming limited series DAHMER - Monster: The Jeffrey Dahmer Story, which will feature Evan Peters as the titular killer and focus on one...

Previous articleWhy Killing Eve Star, Sandra Oh Was One of the Celebrities in Attendance at the Queen’s Funeral
Next articleKevin Alves Has Been Promoted To Series Regular As Travis Martinez In “Yellowjackets”