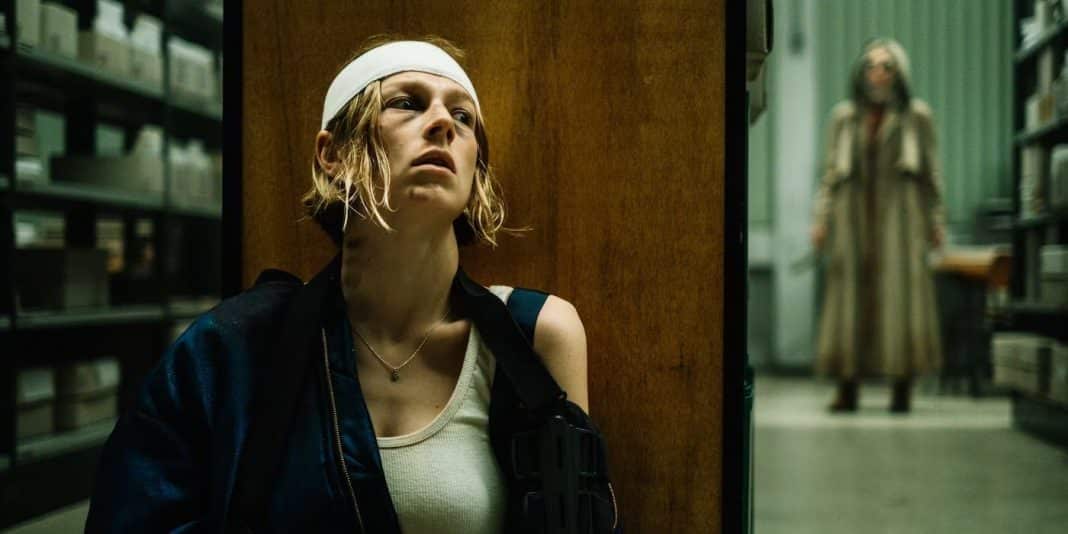 NEON has released the first look at Schafer’s film debut. As the production of the horror movie “Cuckoo” comes to an end, Hunter Schafer’s first image is released, in which she makes her acting debut.

Tilman Singer’s latest horror-thriller, Cuckoo, has concluded production. As post-production gets underway, NEON has released a first look at the flick, teasing a horrific sequence. The photos show Schafer’s character hiding from a masked figure who is likely trying to kill her. The image offers a thrilling encounter for horror enthusiasts when the film premieres next year.

Cuckoo is shaping up to be a new film for horror lovers to look out for when it arrives sometime. Cuckoo movie will premiere in 2023. But no exact date confirmed.

Hunter Schafer recently won praise for her performance in Euphoria. In addition to Cuckoo, Schafer will appear in the November 17, 2023, release of The Ballad of Songbirds and Snakes, the prelude to The Hunger Games. Additionally, Schafer previously co-wrote and produced an episode of Euphoria, in which Jules Vaughn also stars. Along with Jessica Henwick, Marton Csokas, and Greta Fernández, Dan Stevens joins the Cast. After working with Singer on Luz, actor Jan Bluthardt will appear in the movie.

Paul Faltz shot the movie, and Dario Mendez Acosta handled the production design. Henning Hein will return as the film’s sound designer, and Simon Waskow will write the score. John Malkovich, Sofia Boutella, and Gemma Chan were formerly mentioned as joining the cast, but it now seems that is no longer the case.