Starring Sophia Anne Caruso and Sofia Wylie, The School for Good and Evil Movie Trailer is Out 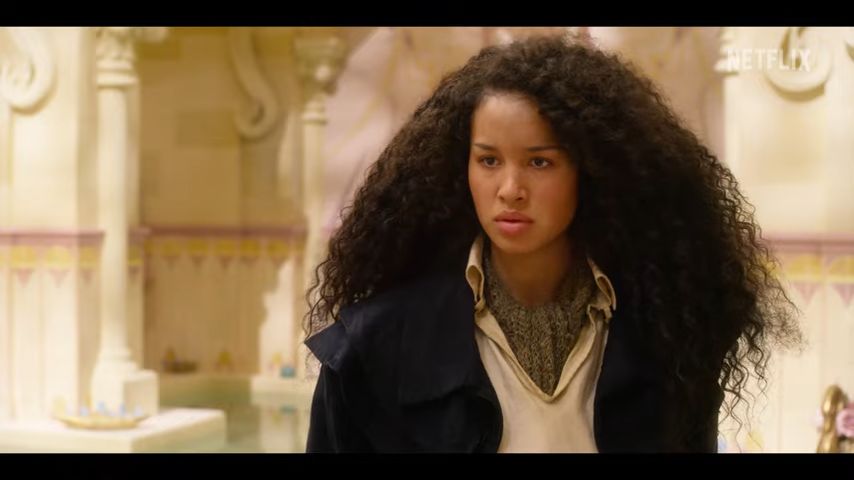 The Coming-of-Age Fantasy Movie on Netflix, The School for Good and Evil, Has a Trailer

The School of Good and Evil, the next coming-of-age fantasy dramedy starring Sophia Anne Caruso and Sofia Wylie, has a new official trailer on Netflix. Adapted by David Magee and Laura Solon, the screenplay is directed by Paul Feig. Based on the bestselling novel, The first of six novels in the series, The School for Good and Evil, has sold over 2.5 million copies and been published in 30 different languages.

The lead characters of Sophie and Agatha in The School for Good and Evil will be played by Sophia Anne Caruso and Sofia Wylie (HSMTMS). They are joined by Michelle Yeoh as Professor Anemone, Laurence Fishburne as The School Master/Rafal Mistral, Kerry Washington as Professor Dovey, and Charlize Theron as Lady Lesso. Ben Kingsley, Rachel Bloom, Pattie LuPone, Rob Delaney, Mark Heap, Peter Serafinowicz, Jamie Flatters, Earl Cave, Emma Lau, Kit Young, and Briony Scarlett are among the other actors who appear in the film.

The School for Good and Evil Plot

According to the plot, “The film adaptation centers around best friends Sophie and Agatha, who are about to discover where fairytale legacies go to school. Sophie knows she’ll be picked for the School of Good and join alums like Cinderella and Snow White, while Agatha knows she’s fit for the Evil School. However, when their fortunes are reversed, their friendship is put to the test, and the girls discover who they really are.”

The Coming-of-Age Fantasy Movie on Netflix, The School for Good and Evil released on October 21.